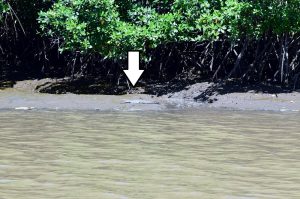 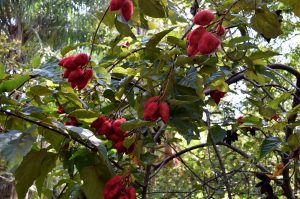 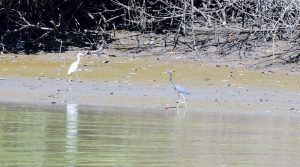 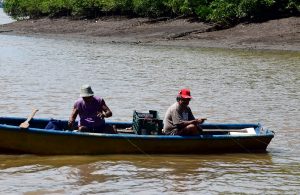 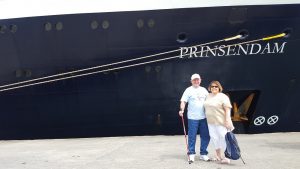 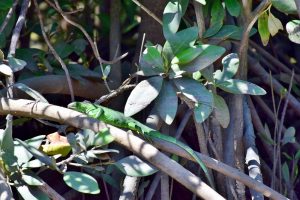 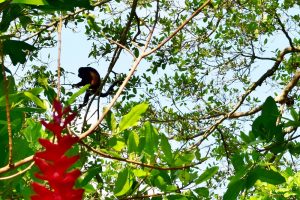 The ship docked about eight a.m., in Puerto Limon, the main Caribbean port of Costa Rica. This country is about the size of the states of Vermont and New Hampshire combined. It is righteously billed as “Nature’s Best,” boasting five percent of the world’s biodiversity, with eight hundred fifty of the world’s bird species, fourteen hundred tree species, and a variety of monkeys, sloths, armadillos, jaguars and tapirs.

Located between Nicaragua and Panama, the climate in the coastal areas is subtropical and mild in the coastal highlands. For us Pacific-North westerners, subtropical means hot and humid. A light breeze helped it seem slightly cooler.

In 1502, on his fourth and last voyage to the New World, Christopher Columbus made the first European landfall in the area. Settlement began in 1522. For nearly 3 centuries, Spain administered the region as part of the Captaincy General of Guatemala under a military governor. The Spanish optimistically called the country “Rich Coast.” Finding little gold or other valuable minerals in Costa Rica, however, the Spanish turned to agriculture.

Today the four top exports are silicone chips, (for technology,) bananas, pineapples and coffee. With a literacy rate of 96%, many people are employed in call centers for big companies. However, we noticed a lot of poverty in our other trips here.  As we were driven through residential areas it was hard to ignore the dwellings with corrugated tin roofs and flimsy walls. They don’t appear to be able to withstand an earthquake in this volcanically active region.

Achiote, which looks like a red, furry nut growing in clumps on a tree, is the North American word for annatto. An orange-red dye obtained from it is used to color foods. You can buy it is paste form, that lasts quite a while. I use it when preparing Spanish rice to add a yellow-red color. Be careful while handling it! It’s easy to stain your fingers and clothes.

I didn’t find anything I couldn’t live without this time, though the exchange rate of 1,000 Costa Rican Colon’s to $1.77 USD, seemed pretty reasonable. There is always plenty to see and we enjoyed more wildlife.

Happy hour in the Crow’s Nest, was another delightful visit with our new Aussie friends. Or, perhaps we should say, “Tassie,” since they’re from Tasmania.

David Pengelly, tonight’s performer, plucked the ukulele beyond anything we could have imagined. “Dueling Banjos,” sounded as though he really was playing two banjos! We had no idea a ukulele could sound like a five string guitar too! Besides singing very well, he had us in stitches with his humor. And, of course we all remembered the words to audience participation songs from the 50’s, 60’s, and 70’s. If he has a CD, we’ll buy it.

Tonight’s quote seemed appropriate, “How rare and wonderful is that flash of a moment when we realize we have a discovered a friend.” ~~ Anon