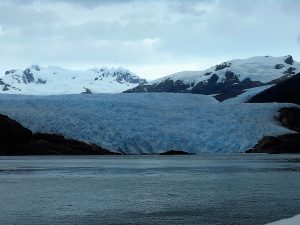 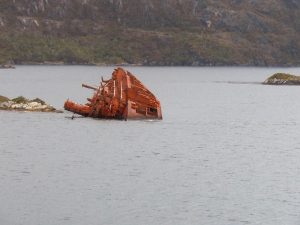 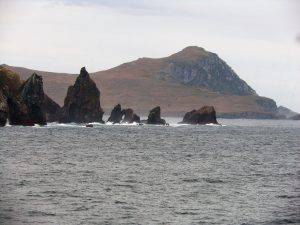 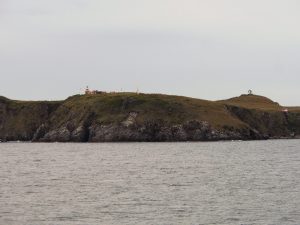 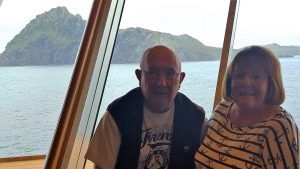 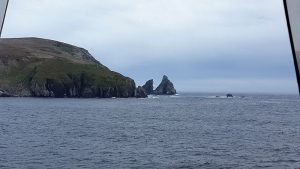 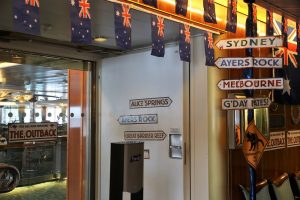 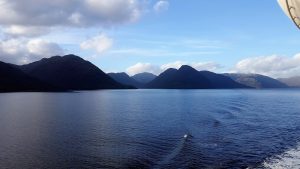 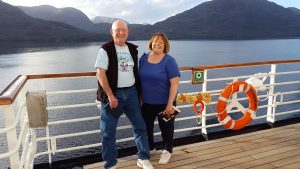 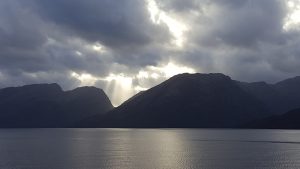 he classical guitarist, Michael Christian Durrant, who entertained us last night performed again in an afternoon concert. He was well worth hearing and seeing again. I especially appreciated how he introduced each song with a bit of history on the composer. He also provided a bit of education on the difference between classical guitar and acoustic guitar. It was good to hear that cat gut is no longer used to make the strings! His love for his instrument was evident in the way he stroked and caressed it, gently placing his palm over the strings at the end of each number as the soothing sound quietly faded.

Many of the songs he played were originally composed for piano. His renditions were peaceful, mesmerizing and nearly hypnotic. His music would be perfect for relaxing. In fact, after one number he told us he was surprised we were still awake.

Today’s cruising was scenic all the way. The morning began as we passed Glacier Alley and the Romanche, Alemania, Francia, Italia and Holanda glaciers. We then sailed through Paso Goree and Paso de Mar and approached Cape Horn at about five p.m. Along the way, we passed the wreckage of the former USS Riverside. This U.S. Navy ship built in nineteen forty-four, carried troops to Pearl Harbor and then patients from Pearl Harbor. It carried troops again for “Operation Magic Carpet,” and was decommissioned in nineteen forty-six. Later renamed the Santa Leanora, it sank on March 31, 1968, while carrying commercial freight. Thankfully there were no casualties.

The southernmost “point” of the Americas, Cape Horn, or the Horn as it is often called, actually comprises a group of islands that form the Parque Nacional Cabo de Hornos. Cape Horn was discovered by Europeans during a Dutch sailing expedition in the 1616 and named for the town of Hoorn in the Netherlands. From the 18th century until the opening of the Panama Canal in 1914, it served as an important trade route for cargo ships.

We had heard stories about how treacherous the waters around Cape Horn Islands are due to choppy swells, rogue waves, strong currents, notorious gales, and, in particular, the williwaws, blasts of wind that appear out of nowhere. Inhospitable sailing conditions make it difficult to reach the very tip, and Isla Hornos, to its northwest, is usually as far as people can go. The moss-covered Isla Hornos is home to a naval station, a lighthouse, and a chapel. Shaped to resemble an albatross, the Monumento al Navegante Solitario honors sailors who died while sailing around the Horn.

We were incredibly blessed to have smooth sailing throughout the day. The captain stopped our ship long enough for a small launch to deliver fresh produce to the people stationed at the lighthouse. As the boat made its way to the island, we continued around the island for the scenic tour.

We finally went to dinner as the boat returned to the ship. In honor of Chinese New Year . . . the year of the Rooster . . . several Asian dishes were on the menu.

Considering it took Magellan thirty-eight days to sail through the area we traversed in two, we were very happy for modern technology. It’s difficult to imagine how boring it must have been for them. Though, I’m pretty sure they had duties to tend to that kept them fairly busy.

In honor of Australia Day, Paul C McD, the piano bar entertainer, led rousing revelry in the Crow’s Nest. It was heaps of fun (heaps is an Aussie adjective) singing humorous tunes, such as, “Happy Little Vegemite’s,” “Home Amongst the Gumtrees,” and, “A Pub With No Beer.”   Just one of the many things we enjoy about Aussie’s is their lively sense of humour.