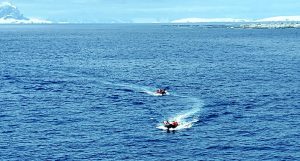 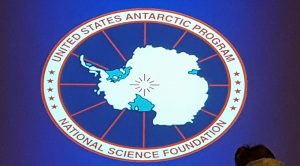 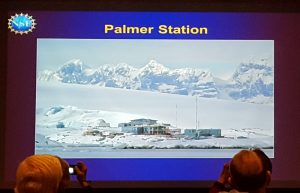 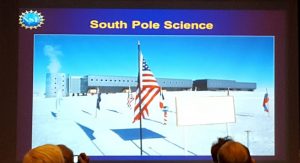 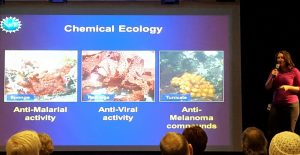 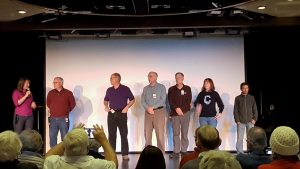 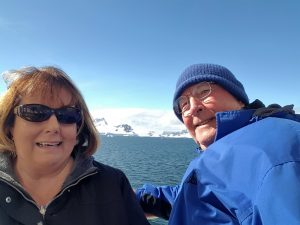 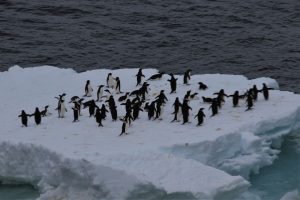 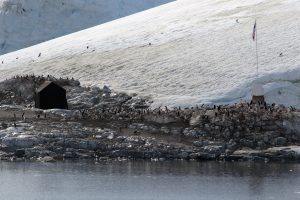 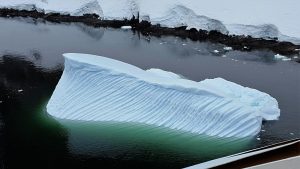 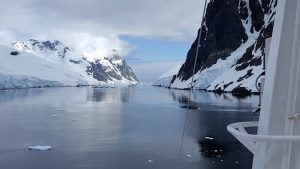 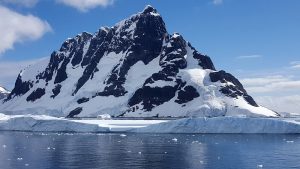 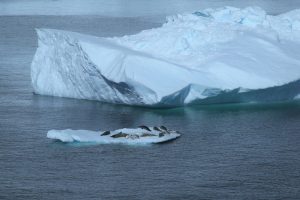 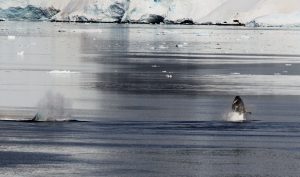 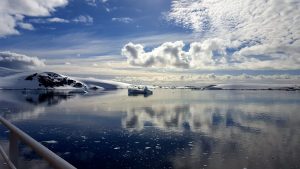 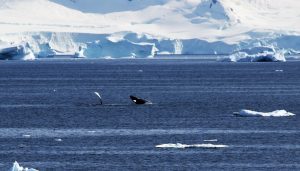 One of the main reasons we booked this cruise was to travel where few people have been . . . the frozen continent. Though we weren’t up to witness it, sunrise sixty-four degrees south of the equator, was four-thirty-two a.m. Sunset at ten-sixteen p.m. is more to our liking. We arrived at Dallman Bay into Gerlache Straight at eight a.m., and we were up soon thereafter. The scene from every point on the ship was stunning! It’s really hard to gauge how high the mountains reach above the surface of the ocean just by looking. Some are jagged peaks not entirely covered by snow, some smoothly rounded. Icebergs as large as cruise ships sat motionless in the water as we drifted by.

We bundled up in our jackets and ventured on deck to snap photos. The predicted high was thirty-four degrees and with the wind chill we didn’t want to stay outside very long! The Crow’s Nest was packed with passengers and it was difficult to see out the windows that kept fogging up. After a couple of forays on deck for more photos, we retreated to the Lido for hot coffee and an unobstructed view.

Just before one p.m. two zodiac boats, with eight passengers in one and seven in the other, sped toward our ship from Palmer Station.  Two females and five males boarded to present a program and answer questions about their life working in the Antarctic and research they are conducting. It was also a nice break for them to enjoy the abundant food onboard, especially fresh fruits and vegetables. And, Liz had time to enjoy the luxury of a haircut.

We were duly fascinated by the information they shared. Liz, a research associate, delivered some of the statistics. During the summer population is about one hundred fifty and drops to fifty during the winter. Life is much easier than in the early days. Though their internet service isn’t fast enough to stream videos, they can at least stay in touch with loved ones back home. Research includes marine biology for potential medical uses.

They did address the topic of climate change, and the threat of the Larsen B Ice Shelf. This area, which is about the size of the state of Delaware, has almost completely broken off from the rest of the peninsula.

The book, Antarctic Cruising Guide, written by Peter Carey and Craig Franklin, includes a treasure of information. With more than one-hundred ten trips to Antarctic between them, they know their subject!

Did you know . . . the continent covers 4.59 MILLION square miles; the highest mountain is Vinson Massif at 16, 066 feet; average rainfall is a mere 6 inches per year; the average thickness of ice is 7,546 feet; in the year 2014, there were 81 scientific bases. These could all be Jeopardy answers one day! The website: www.USAP.gov has up to date information.

The doctor practiced at Oregon Health and Sciences University in Portland and the electrician, aka “Hot Mike”, was from Medford, Oregon area. We chatted with Hot Mike for a few minutes after their program and he very sweetly gave me a patch that says 2013-2014 Antarctica. He shared that he’d met someone from Murdo Station while he was hiking in New Zealand. After hearing more about the Antarctic, he applied online for a job and now he’s living quite the adventure.

Their very popular program had two seatings to accommodate everyone. Finally about nine-thirty p.m. two zodiacs returned to retrieve the crew and return them to Palmer Station.

We were content to turn into to our comfortable bed.

Tonight’s quote, “But in science the credit goes to the man who conceives the world, not to the man to whom the idea first occurs.”~~Sir Francis Darwin. Can you begin to imagine what he would think having seen the wonders we have for the past few days?