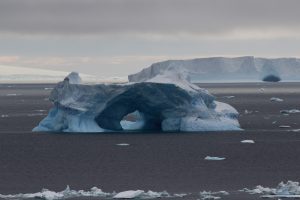 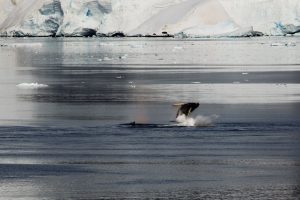 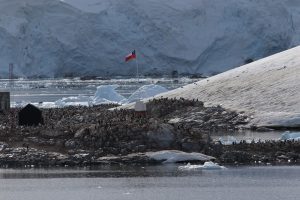 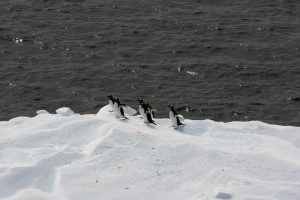 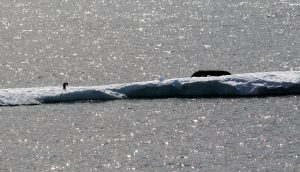 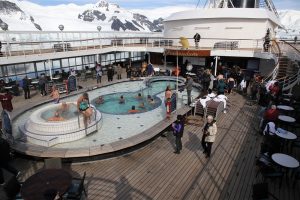 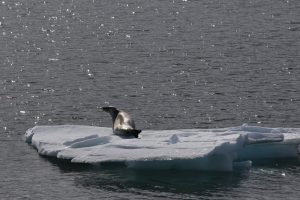 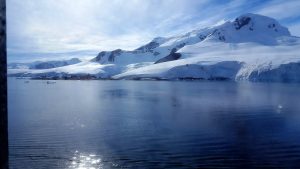 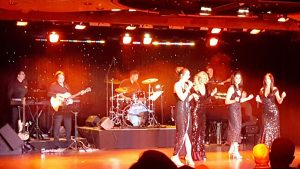 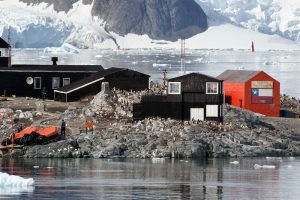 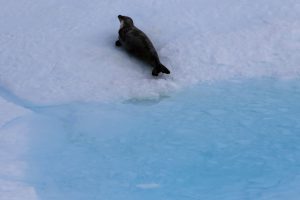 The sun rose at four a.m. this morning . . . as we snoozed, warm and snug in our bed.   We did get up in time to see humpback whales, Gentoo penguins, Atlantic fur seals, and Weddell seals as we slowly cruised through the calm water.

After making our way through Dallman Bay into Gerlache Straight, we continued to Paradise Harbour where we could see Chile’s Gonzales Videla Station at Waterboat Point. The base was abandoned in nineteen-sixty-four, and reopened in the mid-nineties. This base, established in nineteen-fifty-one, was named for the Chilean president who was the first head of state to visit Antarctica in nineteen-forty-eight.

Today was all about scenic cruising. Location guide, Brett announced special sights throughout the day over the ships speaker on channel forty-three in staterooms. Seals, penguins, whales, birds, and icebergs became the norm for the day.   It was interesting to learn that thirty-three wayward birds have been rescued from the ship! And, another interesting tidbit . . . GPS devices are placed on large icebergs to track them.

We were very happy we’ve been to Alaska several times already. I’m afraid it would be a disappointment after seeing such stunning scenery. If you’re interested in cruising to Antarctica, I highly recommend seeing Alaska first.

At three p.m., those who were either very daring or slightly insane, jumped in the Lido Pool, for the Penguin Plunge. The temperature was barely above freezing. As much as it was fun to see others brave the frigid water, it wasn’t worth earning a certificate for doing so for us to don our swimsuits.

The evening’s entertainment was outstanding! Voce, an international quartet of beautiful women in glittering gowns sang opera, pop, and classics all with equal passion. The ship was rocking and they soon shed their stiletto heels for bare feet to keep their balance. Songs of Adele and Dusty Springfield were good, but the audience certainly resonated when they shifted to music of the Andrews Sisters with a video from WWII on the big screen behind them. The video transitioned through the years to present day homecomings and I doubt there was a dry eye in the crowd. They closed with one of the absolutely best renditions of The Prayer that we’ve heard.