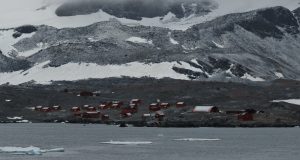 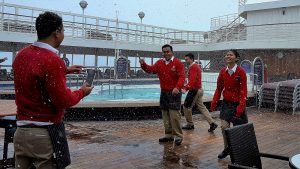 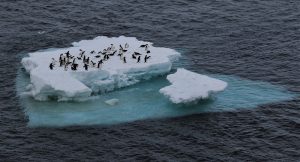 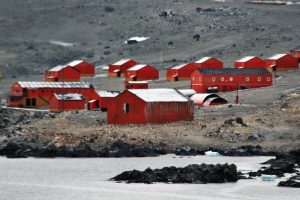 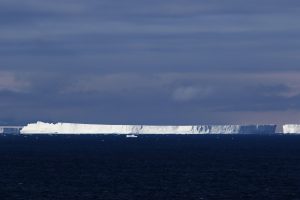 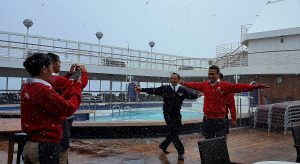 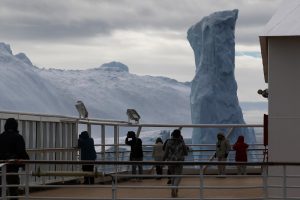 Here’s a good Jeopardy answer for you. Did you know the Antarctic Sound is actually named for Swedish ship, “Antarctic.” The Swedish Expedition, led by Otto Nordenskjőld, was the first to sail through on its voyage in 1901-1903.

Dr. Peter Carey, a member of our Antarctic Expedition Team, is a zoologist who has made more than eighty trips to Antarctica. They weren’t just for fun. His work has included studies of penguin behavior, sea-bird ecology, fish physiology, and the social behavior of seals. He is working to ecologically restore a group of small islands in the Falklands archipelago and is director of SubAntarctic Foundation for Ecosystems Research (www.subantarctic.com) a non-profit conservation organization.

Today he presented a forty-five minute program on the Swedish Antarctic Expedition. Without going into great detail, just know that the Swedish expedition was very lucky to survive. Two parties were separated from the ship. Three of the members of the expedition were the first inhabitants of Hope Bay, when they were forced to spend the winter of 1903 here after their attempt to rescue the main expedition further south was thwarted by bad ice conditions and their ship did not return for them. They constructed a small stone hut and endured a miserable winter eating penguins and seals.

Thankfully, they had left a letter in Ushuaia detailing their plans in case they didn’t return. Sweden and Argentina each sent rescue ships and the explorers lived to tell about their ordeal. And, on a positive note, the Hope Bay party found sixty-one species of fossils, twenty of which were new to science. The fossils they found of Southern Beech trees contributed to the continental drift theory. A monument stands at the remains of their stone hut.

We have been truly blessed with excellent weather in Antarctica. I’ve spoken with quite a few people who are doing this cruise for a second or third time because the ship had to alter course on previous trips and couldn’t make it this far south.

As we finished lunch, white flakes drifted onto the deck! Excited Indonesian and Pilipino crew members, seeing snow for the first time, hurried to the Lido deck, cellphones in hand catching flakes on their tongues while taking selfies.

Tonight’s entertainer was comedienne and magician, Mandy Muden. Her comedy surpassed her “magic.”